Get Radiant Skin Anywhere With Face Republic, Now Up To 59% Off On Shopee!

From beaches to historical sites, there are a lot of places to visit here in the Philippines. But with pandemic restrictions, it’s harder to tick off some of these beautiful places on the bucket list. Don’t worry though, because this new mobile game brings the Philippines to the virtual world. 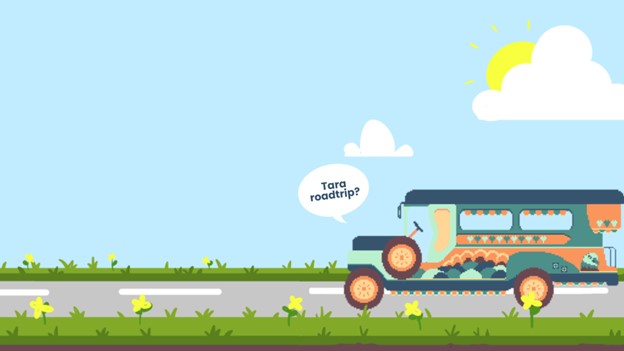 Galà is a free-to-play mobile game that takes players on a virtual road trip to different places in the Philippines. The game lets users play as students taking on a school trip around the Philippines alongside a group of non-playable character (NPCs) classmates.

Taking inspiration from the classic school field trip, players travel through different regions in the country, where they will have to work with their classmates to discover cultural and historical treasures such as the kubing, a harp from Mindanao, or the legend of Bakunawa, a sea serpent-like moon-eating dragon.

The name of the game is derived from the Tagalog word “to travel” or “to wander around”.

Galà comes from the Filipino independent game developer “kendikorp”, and is the developer’s first attempt at making a commercial app for the general public.

The game is one of the three recipients of the Cultural Center of the Philippines’s (CCP) first-ever Game Development Grant.

Congratulations to the following Professional and Independent Game Developers who were selected to be the CCP Game Development Grant Winners! 🏆

Thank you to everyone who joined and supported this project. Here’s to Filipino Game Developers and Filipino excellence! 🎉 pic.twitter.com/swKtCzJ4ly

Galà is the first-ever Filipino-developed game that shines a light on our very own culture and history. It’s an educational experience about the Philippines, an exceptional feat on a mobile platform.

The game is still in development and is expected to have an official release in late 2022.

Learners In Typhoon-Hit Southern Leyte To Hold Classes In Tents

Maymay, Out To Showcase Her Beauty And Sexiness In “Slay”

Phoenix successfully completed its first half performance in 2022 with 10 newly opened outlets across the country.
Spotlight

This chubby, fluffy, and overly cute stray cat has captured the hearts of customers at the FamilyMart Udenna Tower branch.
Television

Have you seen Leonor? The new Darna gained good reviews, encouraging support, and high viewership during its official debut.
News

President Marcos Jr. enjoined the vice governors nationwide to join his administration to bring change and development to the country.
News