PAGEONE Group further solidifies its stature as a leading agency in the fields of business communication and public relations with a massive victory at recently concluded 19th Philippine Quill Awards of the International Association of Business Communicators (IABC) Philippines. It bested other agencies to win the most coveted Agency of the Year (AOY)Award – a back-to-back triumph as the agency also won the AOY plum last year. 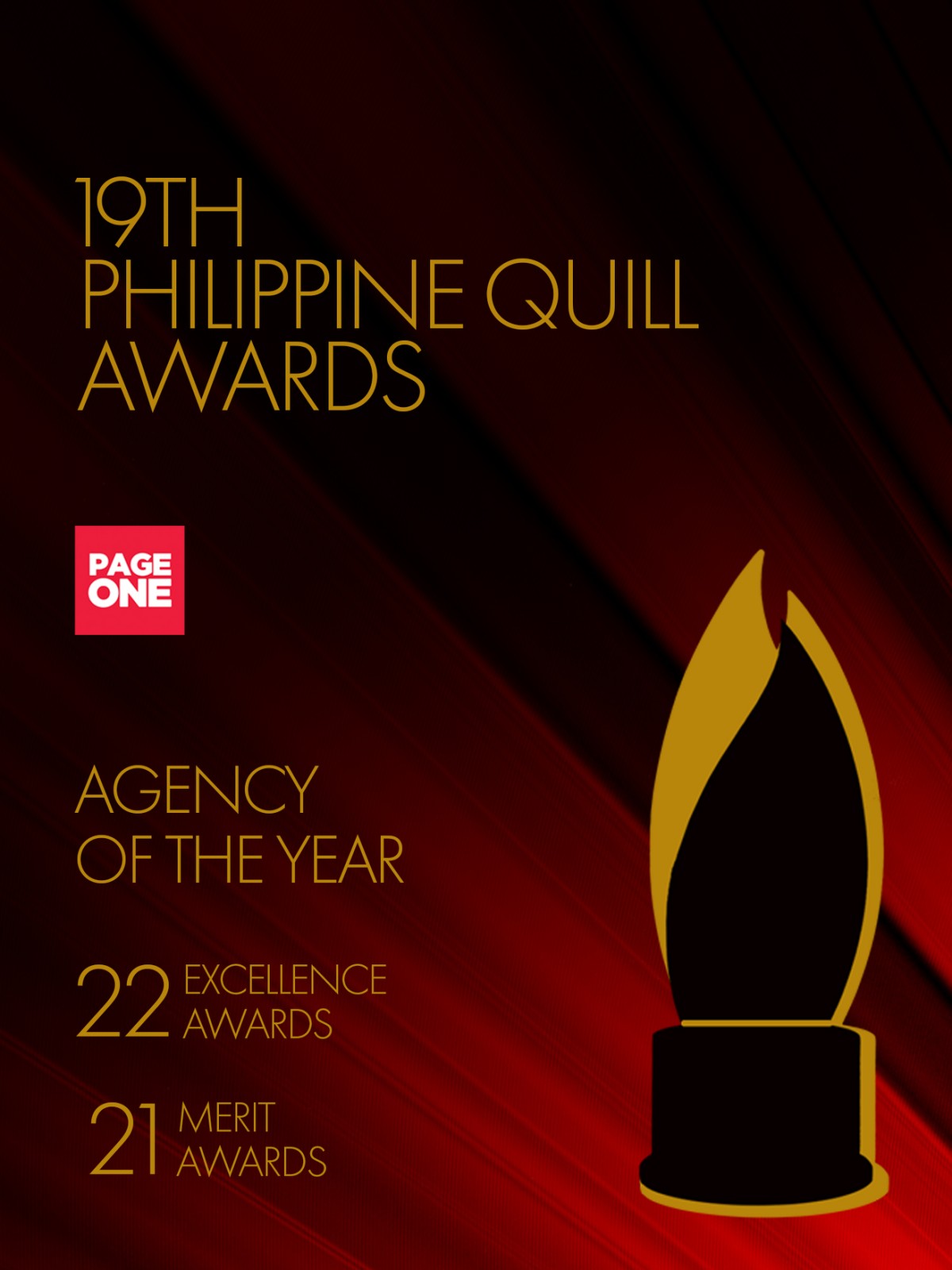 The AOY distinction recognizes the agency that has garnered the highest number of winning entries in the competition year. PAGEONE Group and its clients received an impressive 43 trophies – 22 Awards of Excellence and 21 Awards of Merits in various categories.

These entries comprised original PR, advocacy, and online campaigns of the agency as well as business communication campaigns of a number of its clients, such as Energy Development Corporation, Republic Cement, Nestle Philippines, and the SM Foundation.

“We are simply ecstatic and also humbled that our young agency continues to be recognized by our peers in the industry. This award means so much to us because this award was achieved while we are all still reeling from the devastating impact of the Covid-19 pandemic. We could have easily dropped the ball and succumbed to the ill effects – both physical and mental and yet we did not only survive but overcame the challenges to emerge a winner. The award is for everyone in Team PAGEONE – the unflappable PAGEONEites,” PAGEONE Group President Vonj C, Tingson said.

The Philippine Quill’s AOY plum is the latest in a record-setting industry awards season for PAGEONE Group. The Group was also the first PR agency to ever been declared Hall of Fame awardee in the AOY category of the prestigious Anvil Awards of the Public Relations Society of the Philippines (PRSP) after it had won five times the AOY award.

The Hall of Fame award has been only bestowed a few times and no PR agency has won it since PRSP was established in 1957. PAGEONE is the first PR agency in the Philippines and in the history of PRSP to receive such recognition. Since its inception seven (7) years ago, PAGEONE has also won for its clients four (4) Grand Anvil Awards, three (3) Platinum Awards, One (1) Company of the Year award.

To date, it has amassed more than 200 awards from the Anvil awards of PRSP, the Philippine Quill Awards, the Silver Quill Awards in Asia Pacific, the Gold Quill Awards of the International Association of Business Communicators, the Asia-Pacific Stevie Awards, the Gold Standard Awards of Public Affairs Asia, the SABRE Awards, and the Golden Flag Awards. PAGEONE has been declared Best PR agency Southeast Asia during the ASEAN PR Excellence Awards recently held in Indonesia. 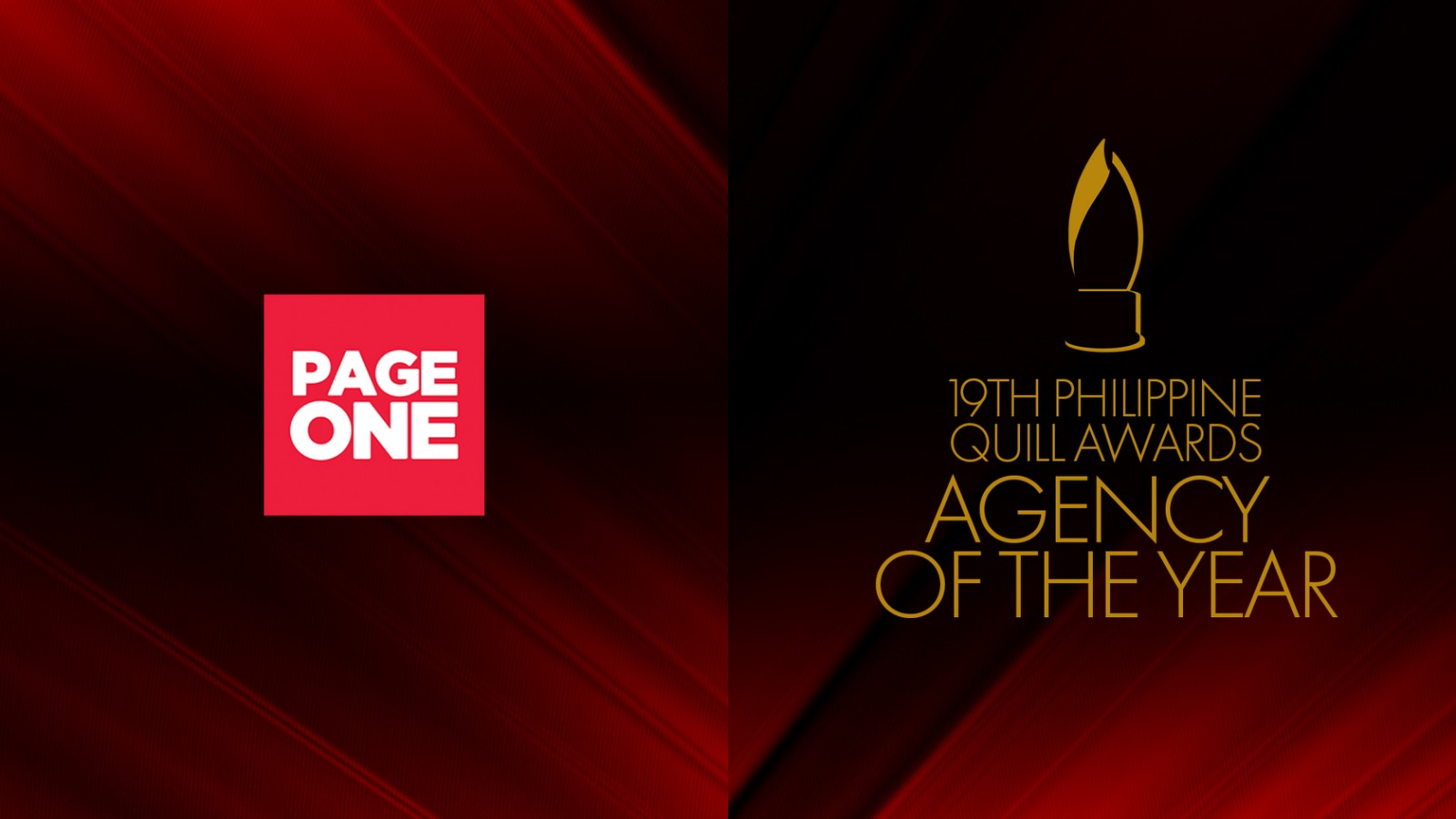 “We are extremely grateful to the IABC for this back-to-back AOY win. We are also equally thankful for this historic win to our hardworking PAGEONE team, as well as to our valued clients and partners who have placed tremendous trust and confidence in our expertise. This recognition is a validation of our earlier decision to expand the services of the Group to business communication, branding, advertising, and marketing services,” PAGEONE Group CEO Ron F. Jabal, APR said.

PAGEONE Group is also behind some of the most popular digital platforms including PageOne.ph, The Philippine Post, Woman.ph, Journey.ph, Motoring.ph, Politico.ph, TheLuzonDaily.com, The VisayasJournal.com, TheMindanaoLife.com, GreenInc.ph, and The Great Filipino Stories. PAGEONE is under the holding firm, Alibata Pacific Holdings Inc, which is comprised of companies focusing on media, communications, branding, design, influencer marketing, and publications.