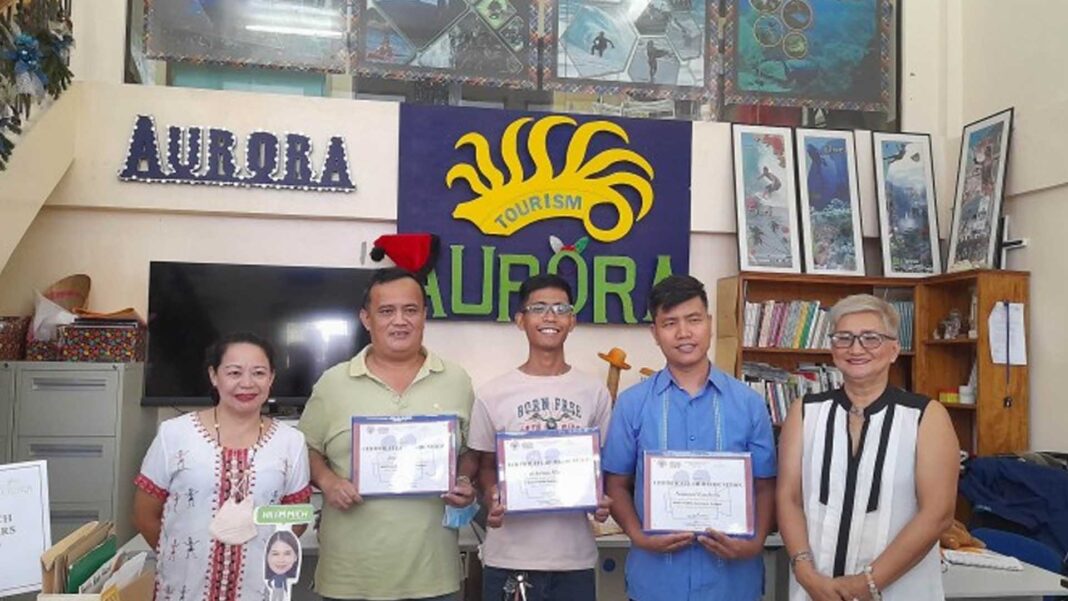 Tourist arrivals in this province have reached more than 990,000 in a span of 10 months, with the number expected to further increase during the holiday season.

Provincial tourism officer Ana Riza S. Mendoza said on Wednesday the number of foreign and local tourists that visited the various tourist destinations in the province from January to October, this year totaled 992,112.

Dipaculao town had the most number of overnight and same-day travelers with a total of 385,913, who mostly headed to the popular Dinadiawan Beach.

This was followed by the capital town of Baler with a total of 151,097 visitors. The top destinations in Baler include the Dicasalarin Cove, Ditumabo Mother Falls, Sabang Beach, and Diguisit Rock Formations.

Dingalan, which is known for its many caves, had a total of 13,983 overnight and same-day tourist arrivals.

Maria Aurora town, on the other hand, had 77,105 total visitors. The main attraction in the municipality is Balete Park, home to the country’s Millennium Tree, a centuries-old balete tree that is said to be the biggest in Asia.

Mendoza said the report was based on the data supplied by the province’s municipal tourism offices.

To boost the local tourism industry, she said they tapped 12 local vloggers for the promotion of the existing and newly discovered tourist sites and attractions in the province.

“We tapped our local vloggers in the multi-media exposure project of the Provincial Tourism Office under the provincial government of Aurora. Last year, we covered the northern Aurora towns of Dinalungan, Casiguran and Dilasag. And this year was the second project at the central Aurora towns in Baler, San Luis and Maria Aurora. Natutuwa naman kami at nakakasama namin sila (We are happy to be with them),” Mendoza said in an interview.

She thanked the local vloggers and content creators for helping them in promoting the province’s tourism industry.

“We gave them the certificate of recognition for sharing their valuable time and skills as one of the content creators of our project. We will continue this kind of project for marketing and promotional events. On behalf of the Provincial Tourism Office and the provincial government, we will continue our partnership. Maraming salamat sa inyo (Thank you very much),” Mendoza added.

Asian Youth champion Angeline Colonia is set to represent the Philippines at the upcoming International Weightlifting Federation starting in March this year.
The Talk

Skip the hassle of looking for perfect but budget-friendly Valentine's date ideas with these fun activities that you can enjoy with your special someone.
Spotlight

This 2023, start achieving your dream skin with the newest product from Human Nature, perfect for your everyday make-up routine!
Travel

The Benguet provincial government encourages tourists to visit Atok town for its frost-covered crops that are not present in any other places.
The Great Filipino Story

The Senate has filed a House resolution honoring Carlos Yulo’s win of bronze and silver medals during the World Artistic Gymnastics Championship.