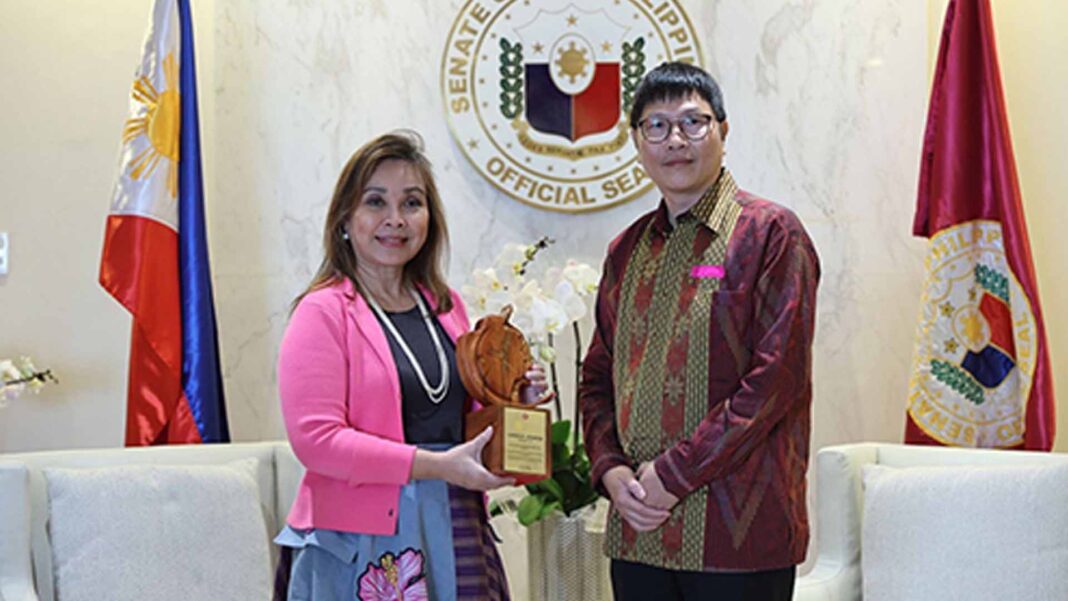 Senate President Pro Tempore Loren Legarda has vowed to continue advocating for the environment as she accepted the 2022 Association of Southeast Asian Nations (ASEAN) Biodiversity Heroes Award officially handed over by the ASEAN Secretariat on Monday, December 5, at the Ceremonial Hall of the Philippine Senate in Pasay City.

“Thank you very much, it’s truly a great honor. It’s not all about me – it’s honoring the work that we do with the ASEAN Center for Biodiversity, with various government agencies such as the DENR especially the Biodiversity Management Bureau (BMB), the collective work of my staff and me, the local governments, our civil society organizations, the academe, the media, and many more,” she said.

In her message during the event, Legarda also emphasized the significance of bringing awareness about the importance of caring for the country’s protected areas.

She mentioned that she has worked with the Department of Environment and Natural Resources (DENR) on documenting these areas through a television program entitled ‘Our Fragile Earth’, which aims to foster national consciousness and cultivate a culture of engagement so that the public will be compelled to do something to protect the environment and the country’s natural resources.

As the principal author and co-sponsor of the Expanded National Integrated Protected Areas System (ENIPAS) Act, Legarda said that passage of the measure in 2018 is “a big step forward”.

She explained that when she entered the Senate in 1999, there were only 13 protected areas, but through the implementation of the law, more ecologically critical areas in the country, including open seas, coastal areas, wetlands and tropical forests, are protected and preserved.

“We now have a total of over a hundred biodiversity areas declared as protected areas, but, even if an area is not legislated, it should still be protected. That’s what I always say,” she stressed.

“Is it not so ironic that we are considered the mega-biodiverse country in the world but still number one in the world risk index? So, I guess I was born in this land to do that mission – to protect not the 94 that I legislated, not even the total 114 now, not just to legislate the pending ones, but to ensure that every declared and undeclared protected areas and species are protected for the benefit of the humankind,” she said.

“That is my passion. That is the cause for my existence in this world, and I’m happy and honored to join the ASEAN Biodiversity Heroes,” Legarda added.

Experience Mindanao With These 5 Cultural Festivals

Recently, aspiring professional makeup artists attended a workshop on airbrush methods to assist them to develop their abilities in the beauty industry.
Spotlight

Fashion professors and students from De La Salle University recently conceptualized outfits for the little people community as a tribute.
The Talk

Skip the hassle of looking for perfect but budget-friendly Valentine's date ideas with these fun activities that you can enjoy with your special someone.
Movies

Get ready to witness another daring moment in “Magic Mike’s Last Dance,” as Salma Hayek Pinault reveals another scene with Channing Tatum in its latest trailer.
Motoring

The Metro Rail Transit Line 3 records its highest number of riders, counting to more than 400,000 since the pandemic.
Load more