From Hardbounds To Hollywood: List Of Books To Catch Up Before They Hit The Big Screens

From Hardbounds To Hollywood: List Of Books To Catch Up Before They Hit The Big Screens

Three Easy Ways To Score Over ₱2M Worth Of Prizes At The 8.8 ShopeePay Festival

Reward Your Fur Babies With These Treats Now Up To 35% Off On Shopee!

Phoenix To Continue WFH Set-Up Until End Of Year

Are you a “book person” or a “film person”? Well, you could be both. Some people prefer reading books, while others are more interested in watching them on the big screen. But if you’re like others that fall in the middle of the spectrum, then you’re probably the type who follows both the book and the film.

Even if you’re not a fan of film adaptations, sometimes there are stories so captivating that it makes you follow them until their big screen release. Remember the Game of Thrones and Hunger Games craze or the all-time box-office success of the Percy Jackson and Harry Potter series? Everyone knows these big shot titles that dominated the big screens.

The good news is that the year 2022 is packed with book-to-film adaptations you should be excited about. So, if you’re one to love books and films, scroll down and check if your favorite book will make it onto the big screen this year.

1. The Seven Husbands Of Evelyn Hugo 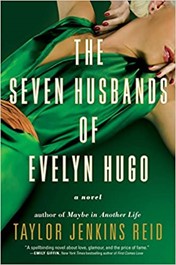 This 2017 novel follows the story of Monique, a struggling junior journalist at Vivant Magazine, and her journey as she starts an exclusive interview with the mysterious Hollywood iconic star Evelyn Hugo. Upon meeting Evelyn, Monique soon finds out that she will, instead, be writing the star’s biography, focusing on her seven high-profile marriages. Facing a career-defining opportunity, Monique accepts the offer where she will face realizations about her own life and the truth behind the glitz and glamor of women in Hollywood.

With over one million copies sold, this New York Times bestseller by Taylor Jenkins Reid explores the themes of loyalty, fame, tragedy, betrayal, and loss. The book focuses on human nature and the commodification of women in Hollywood—a truly devastatingly good read. After receiving attention from the public, Netflix confirmed they would adapt the book. 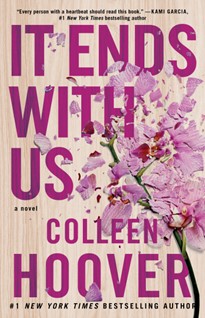 Colleen Hoover loyalists, it’s your time to rejoice! Your favorite heart-wrenching novel is about to come to life. This standalone contemporary romance novel revolves around the life of Lily and her life after college in Maine, where she built her business and met her romantic interest, a handsome surgeon named Ryle Kincaid. As Lily and Ryle develop their feelings for each other, she slowly develops more questions about the latter’s problems and aversion to the relationship. To make things worse, Lily’s past, her first love, Atlas, comes back and shakes the very foundation she built for her and Ryan.

It Ends With Us is another New York Times Bestselling masterpiece by Colleen Hoover. In 2019, Wayfarer Entertainment and Justin Baldoni confirmed that they would be developing the book into a romance movie.
Justin Baldoni shared his excitement about working with Hoover on the book-turned-movie and said, “I’m so passionate about this book and so honored she chose me to help bring it to the world.”

3. It Happened One Summer 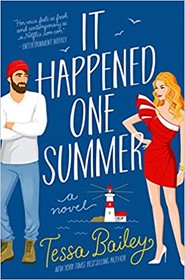 Written by Tessa Bailey, It Happened One Summer follows the story of Piper, a wild child “it girl” from a wealthy family who is always caught up in messy situations. To discipline her, Piper’s stepfather sends her and her sister away to Washington to run their late father’s dive bar. With her pride on the line, Piper decides she will prove to the people around her that she’s more than just a pretty face.

Her life will turn upside down upon meeting the gruff fisherman Brendan, which will make her question her plans and whether going back to LA is still her ultimate goal.

Tessa Bailey’s romantic comedy novel is part of the Bellinger Sisters series. The author shared on Instagram that BCDF Pictures and Frolic Media will be producing the movie adaptation of her book.

“I had the absolute pleasure of reading the screenplay, and to say it does the characters justice is an understatement. I truly feel like I’m dreaming,” the author wrote in the caption. She also wrote that she had been trying her best to keep the good news and was very excited about the movie. 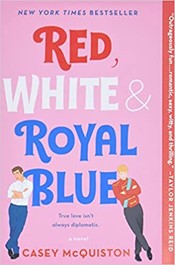 Royalty, romance, and Boys’ love? This enemy-to-lovers story written by Casey McQuiston has it all and more. When First Son Alex Claremont-Diaz of the United States is caught in a fight scandal with Prince Henry of Wales, American-British relations become shaky. With the photos spreading like wildfire in public, they had to make damage control—a fake friendship between the First Son and the Prince. But this damage control will soon become more damaging when a secret romance forms between the two former enemies that will affect the whole political plans of their families.

This romantic comedy novel will be directed by Matthew Lopez and adapted by Amazon Prime Video. Taylor Zakhar Perez and Nicholas Glatzine are confirmed to grace the official cast.

Director Matthew Lopez shared a photo of the two main stars during rehearsals in another Instagram post. “It’s been a joy to watch Henry and Alex come to life in the room. Excited to make this movie with them. Here we go!” he exclaimed.

Some books are still in the early works, while others are gearing up to announce their entire cast and release date soon. While you’re waiting for their appearance on the big screen, it’s about time you grabbed a copy of these bestselling books.

Bar For The Better: 5 Reasons Why You Should Switch To Genuinely Natural Face Bars Now

Passengers can now buy and pay for their tickets at their most convenient time through Chelsea Travel!
News

The return of the Masskara Festival in Bacolod will bring much-awaited performances to tourists and locals alike.
News

The Philippine National Police will continue to implement its effective peace and order programs from the past administration, Malacañang said.
News