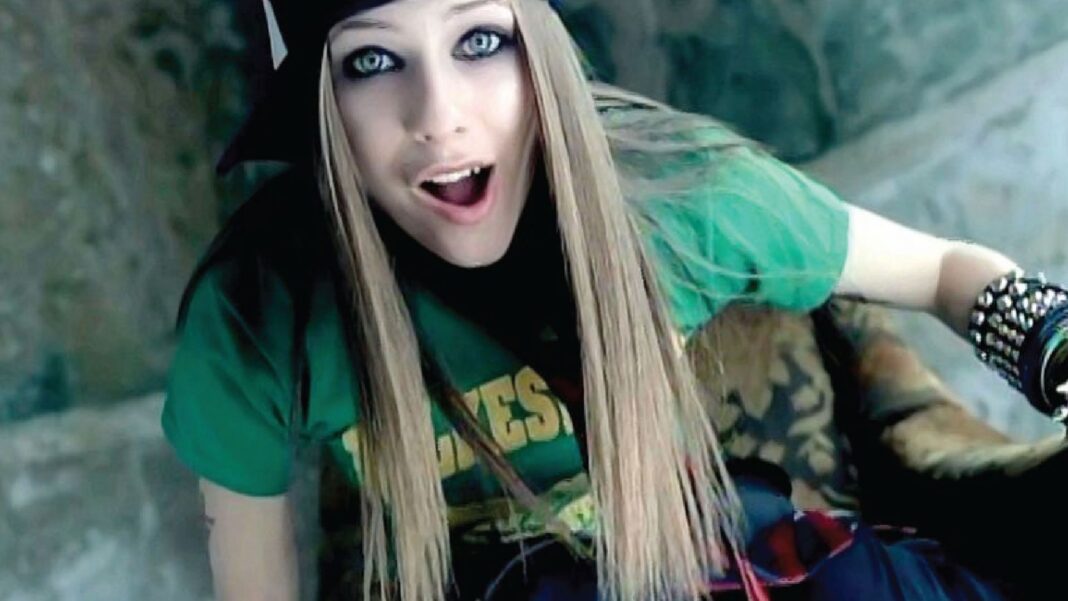 Pop-punk star Avril Lavigne announced over the weekend that she is going to turn her 2002 hit single, ‘Sk8er Boi,’ into a movie just in time for the 20th anniversary of her debut album Let Go.

“Recently with it being almost the 20th anniversary, a lot of people have been asking me to play this song on TV shows, so it keeps getting brought back up and people will always reference it to me,” Lavigne told She is the Voice segment on the iHeartRadio podcast.
“And so, I’m actually going to turn this song into a film and take it to the next level,” Lavigne revealed.
The 37-year-old even shared that the song was inspired by her own experience in high school, “You know what it was like in high school, you have all the different groups and cliques, and there’s like skaters, preps and jocks… It’s kind of like a missed opportunity at love.”
“The skater boy is in love with the preppy girl and she’s too cool for him but then five years from now she’s feeding the baby and she’s all alone and she wishes she would have followed her heart and not tried to live up to society’s expectations,” the singer recalled.

The all-time 90s favorite pop-rock singer also said that ‘Sk8er Boi’ is one of her favorite songs where she enjoys playing it live.
Moreover, Lavigne did not share any further details about the project, and instead while waiting on the movie’s debut, you can rewatch the Sk8er Boi Official Music Video here: