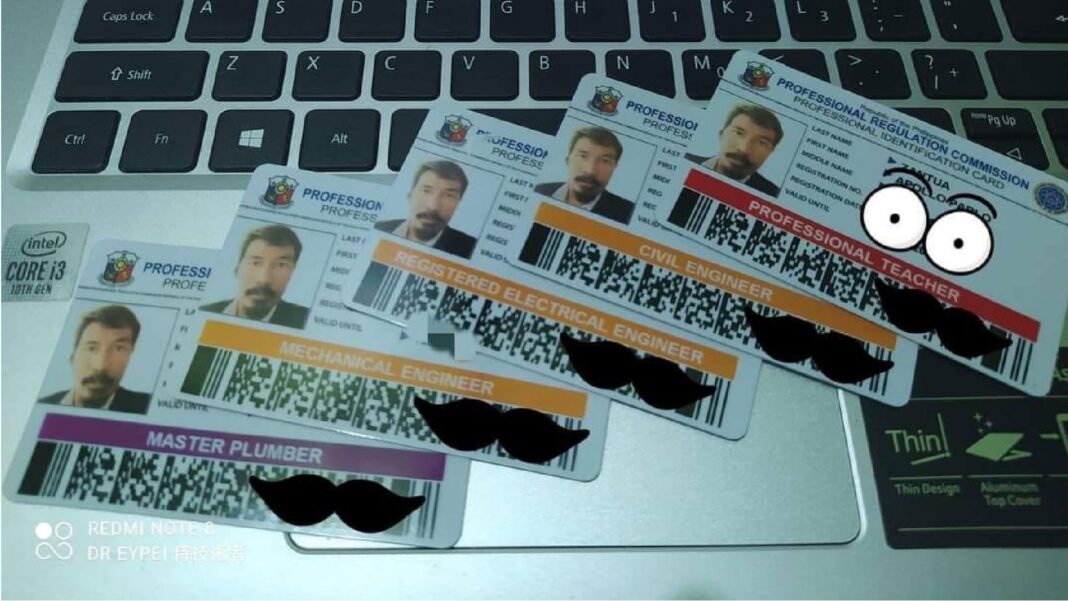 Netizens were surprised to learn that Apollo Pablo Zantua, 50, holds not one, but five Professional Regulation Commission certificates (PRC).

He went viral after he shared his experience on Facebook on his license renewal in a PRC branch in National Capital Region (NCR).

“I printed all the five (licenses). Then from their gate, there is somebody who is checking for all the requirements. And then I submit one. So, okay, there is no problem,” he continued.

“I submitted the second one. Now, there’s a problem,” the Doctor added.

Not an honor student

Because of his accomplishments, he said, many thought that he was an honor student in his youth.

He clarified, “I am not an honor student. I always tell my students na ang college ay hindi patalinuhan, pero iyan ay determinasyon at sipag.”

He told Bicol.PH that he passed four of the PRC board exams in just six months in 2017, the only record in Philippine engineering history.

He is able to use them as a university professor.

Moreover, Zantua also designs engineering plans for the construction of the structures. He also has four instructor licenses from Japan.

He also said that his journeys have not been easy, especially in the board exams. But his desire to learn was his investment to reach them.

“Kung gusto makapagtapos ng maraming degree, tapusin muna ang isa, then go to the next and so on. I always tell my students; you don’t need intelligence to be an engineer. You need commitment,” advised students who want to have the same accomplishments as him.

He also has free tutorial videos on his YouTube channel at https://www.youtube.com/channel/UCSu5rfmP9t3Wb3H-Oa-UU9Q for those who want to learn.