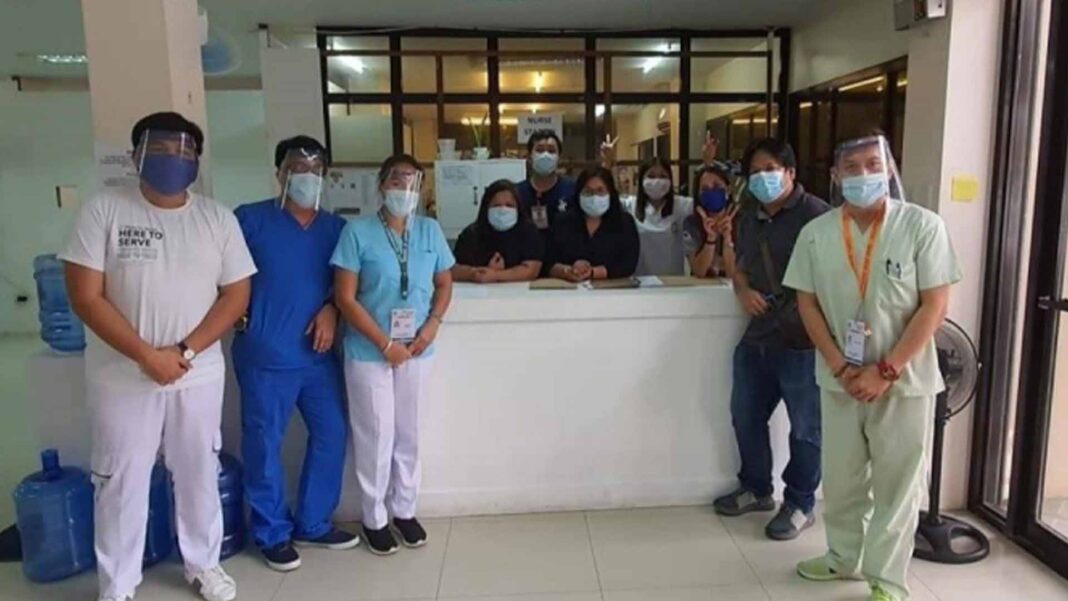 In the middle of the Covid 19 pandemic last year, the City Government of Davao saw another problem that needed immediate and appropriate intervention.

Vice Presidential candidate and Davao City Mayor Inday Sara Duterte said while lockdowns were implemented in the city at the height of the pandemic, a group of people were left on the streets: homeless mentally challenged individuals.

And they were oblivious to what was happening to the world.

Sara, on her online show “Sara for All of You,” on Monday said they saw this problem during the lockdowns and immediately she ordered local officials to conduct rescue operations.

It started the idea of establishing a facility for homeless mentally-challenged people. The rescued individuals were first housed at the Davao City’s Pasalubong Center until they were transferred to another facility in Buhangin.

Last week, the city government inaugurated the Mental Wellness Center for the Homeless.

Dr. Annaliza Malubay, the center’s manager, said they aim to provide shelter and medical services to the mentally-challenged homeless people.

“Ang purpose natin nito ay parang shelter para sa mga kapatid natin na (Our purpose is like a shelter for our) homeless, who were abandoned, neglected, and who are living on the streets,” Malubay, who guested on the show Monday, said.

“After rescue, we provide them the basic needs like food, clothing, shelter, and medical evaluation. Kung kinakailangan ng laboratories at i-refer sa ibang (If laboratories are needed and to refer to other) hospitals for x-rays, etc., we do that,” Malubay added.

At the center, the patients engage in activities like music, arts, games and sports to develop their teamwork and skills. Medications are also provided to lessen the patients’ hallucinations and delusions.

The new center, which is located at the Southern Philippines Medical Center – Institute of Psychiatry and Behavioral Medicine, was funded by the Dumper Partylist through Rep. Claudine Bautista.

“Once returned, the families don’t know how to take care of them, pinapabayaan lang din sila kaya bumabalik lang din sa lansangan (they don’t care for them, so they returned to the streets),” she added.

Since its recent launch on April 20, 2021, the center has already recorded 76 admissions and discharged 55. Of the 55 discharged, 22 are from the Caraga Region and Cotabato.

Sara said she hoped other local government units will learn from this experience.

“This is one good thing that came out of this Covid-19 pandemic, a halfway house, na hindi kung hindi sila [mentally-challenged individuals] pwede iuwi sa mental hospitals pero hindi rin sila hindi sila pwede iuwi kaagad kaya meron tayo nitong (if they are not mentally-challenged individuals, they can be brought to mental hospitals but they cannot returned right away and that’s why we this) mental wellness center for homeless),” Duterte said.

Senator Sherwin Gatchalian, who also guested on the show, expressed admiration over the mental wellness program especially the establishment of isolation center for the mentally-challenged “palaboy.”

Gatchalian, a former mayor of Valenzuela City and has created a similar program, admitted more aspects of the facility need to be benchmarked from Davao City. (PNA)